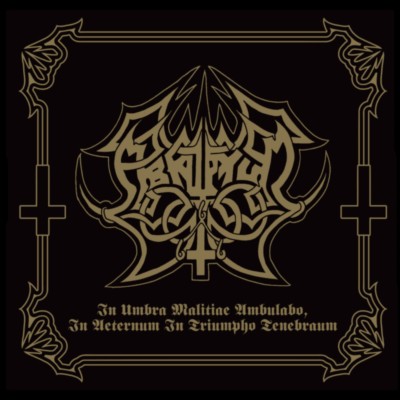 1994-1995 - the golden years when black metal had reached the peak of its splendor and its essence - in these years came out the best masterpieces of the historic Scandinavian bands like DARKTHRONE, MAYHEM, MARDUK and so on. Among these realities there were also the Swedish Abruptum who decided to conceive of black metal in a completely different form, even more obscure and malignant than the genre that was emerging. Two well-known members of the Scandinavian scene (It, founder of “True Satanist Horde” and Evil, better known as Morgan - founding member of mighty Marduk) joined forces to give birth to two masterpieces of pure chaotic darkness - "Obscuritatem Advoco Amplectère Me" (1993, recorded in 1992) and "In Umbra Malitiae Ambulabo, in Aeternum in Triumpho Tenebrarum" (1994, recorded in 1993). Euronymous from Mayhem immediately understood the uniqueness and authenticity of Abruptum and decided to submit the Swedish duo to his historic label "Deathlike Silence Productions" and release the the two full-lengths.