Opening with a charnel blend of doomy riffs and cavernous drum work, the band draw once more from the spectral vein of old school death metal with their own crushing blend of slower moving extremity. Those lurking riffs that change angle rapidly into ever-evolving depths of ferocity meet a busy and incredibly able drum performance, aided by monstrous vocals to ensure the entire band has a monolithic sound of pure obliteration. To balance such unfathomable musicianship with a tendency for catchiness and groove ensures one receives an expansive and unforgettable experience that will not only destroy but also stick with the listener long after the album finishes. There is a definite progression in instrumentation here as warped bass lines underline the venomous riffing and bombastic drums in a manner that can only be described as otherworldly. While A Nexus Of Teeth was a blunt force trauma of pure death metal hammering, this recording is razor sharp, though holding onto all of the great characteristics of its predecessor, they have not been afraid to experiment and embolden the flavour of their sound.

Please read more about The Circle of Wax concept and general idea HERE.

This is Circle of Wax Bundle #3, covering January and February Avantgarde Music vinyl releases: this will be alive until mid February (Bundle #4 will follow then and so on).

This will guarantee you the limited colored version of every single album at a special price, paying every release only 15€ or less (regardless of them being single or double LP albums).

Montreal, QC black metal band SPECTRAL WOUND play virulent, searing, primal towering melancholic black metal. With their new album “A Diabolic Thirst”, which follows 2018’s “Infernal Decadence”, the band take their own methodology of Quebecois black metal through vicious sonic layers that culminate in six triumphant ferocious hymns where blood freezing melodies and harsh yet massive overtones bring a decadent and euphoric flow to this glorious masterwork the band have conjured. Another black metal triumph emanating from Canadian soil, one exposing once again the richness of Quebec’s unparalled black metal scene, “A Diabolic Thirst” not only captures that pure classic melodic black metal essence that was eminent in the late ‘90s/very early ‘00s but also serves its purpose as a present day release of glorious blackened magnitude.

Ysyry Mollvün is a conceptual project created by Zupai Ulen in 2012. In November 2015, Antonio Sanna (Downfall Of Nur) met Zupai and offered to be the producer. As time passed by, Sanna got involved in the crating of this project, composing arrangements for acoustic guitars and native instruments such as the charango, sikus, flutes and percussions. The band’s name comes from the words “river” in the Guaraní language, indigenous people from South America (Ysyry) and “blood” in the language of Selk'nam people, the indigenous tribe from southern Argentina (Mollvün).

Ysyry Mollvün tells the story of K'aux, a being that was once a human who was educated by the Selk’nam gods to teach the tribe what was necessary to outlive in the harsh conditions of the extreme south of the world. K'aux betrayed his oath and did not pass on what he learned, and for this reason he was condemned to lie forever, neither dead nor alive, in the center of the earth.

A thousand years later Espíritu del Monte, the god who punished K'aux couldn't understand what happened to the other deities since, except for the god of death (San la Muerte), they were no longer on this earth. All had changed, the people who lived on this earth were more, the flora and fauna that had inhabited no longer existed and everything that was for thousands of years was longer as it had been. Because of this, el Espíritu del Monte decides to wake up K'aux so that he can see with his human's eyes what happened and what must be done so that everything goes back to what once was. 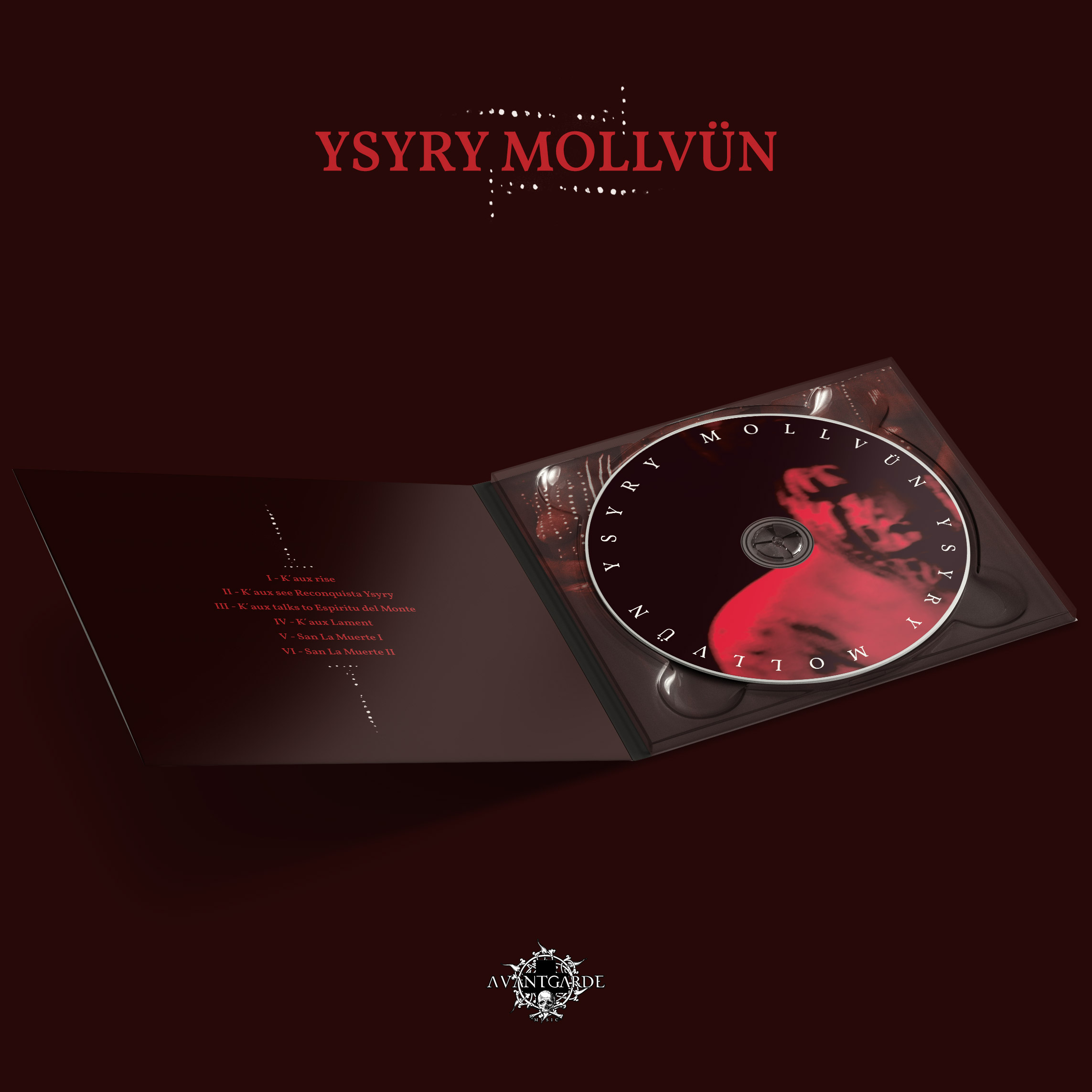 CEREMONIAL CASTINGS
Our Journey Through Forever

With a career spanning nine full-length albums, a slew of demos, EPs, and splits as well as notable live performances throughout the globe, it is high time for Ceremonial Castings to commemorate 25 years of their existence, a milestone reached in the year 2021. For this occasion, the band has hand-selected and carefully re-recorded 18 of their classic songs, as well as two completely new and previously unreleased instrumentals by Nick Superchi. 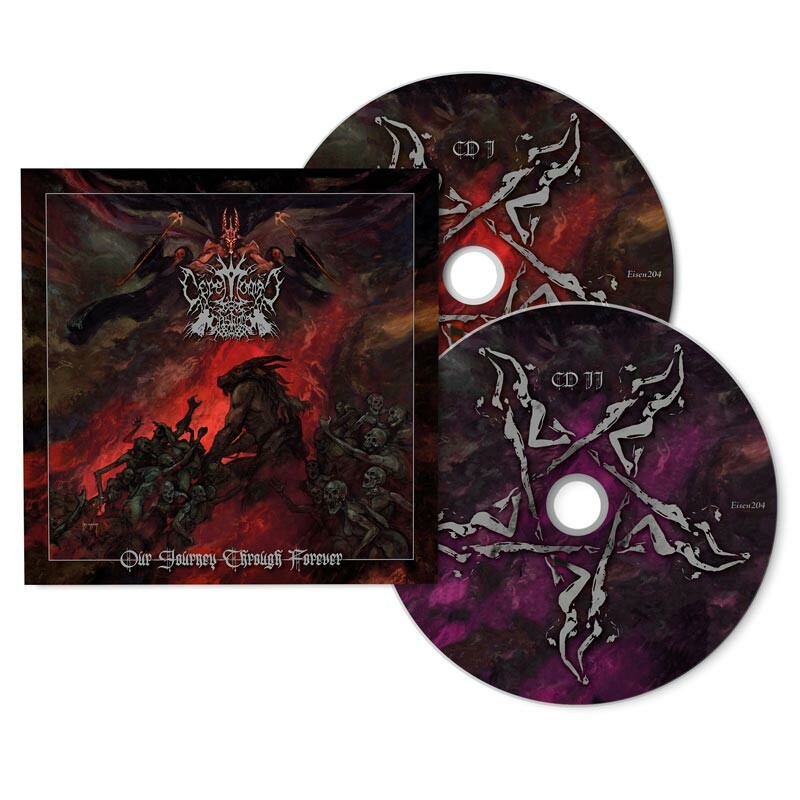 DARK FUNERAL
We Are The Apocalypse

Approaching nearly 30 years since the beginning of their journey as one of Swedish Black Metal’s most genuine and unvarnished exemplars, Dark Funeral continue to reach for new heights to bring audiences into its otherworldly & unholy visions on the band’s seventh full-length LP, ‘We Are The Apocalypse’. The new record sees the Satanic vanguards deliver their most aggressive and expansive songs to date. Guided by the fortitude and musical ambition of lead guitarist, songwriter & founding member Lord Ahriman, the new album promises a satisfying number of ‘firsts’ for the band, while still pushing to improve upon the aural marriage of sinister atmosphere and technical ferocity that distinguishes Dark Funeral amongst their peers.

DARK FUNERAL
We Are The Apocalypse

Approaching nearly 30 years since the beginning of their journey as one of Swedish Black Metal’s most genuine and unvarnished exemplars, Dark Funeral continue to reach for new heights to bring audiences into its otherworldly & unholy visions on the band’s seventh full-length LP, ‘We Are The Apocalypse’. The new record sees the Satanic vanguards deliver their most aggressive and expansive songs to date. Guided by the fortitude and musical ambition of lead guitarist, songwriter & founding member Lord Ahriman, the new album promises a satisfying number of ‘firsts’ for the band, while still pushing to improve upon the aural marriage of sinister atmosphere and technical ferocity that distinguishes Dark Funeral amongst their peers.

BLACK CRUCIFIXION
The Fallen One Of Flames / Satanic Zeitgeist

Finnish legends BLACK CRUCIFIXION return to the temporal realm with the reissue of The Fallen One of Flames / Satanic Zeitgeist. Active in the legendary early 90s Finnish black metal scene, Black Crucifixion shares many of the hallmarks of their Northern peers while establishing a distinct manifestation of their own black death art. A sinister atmosphere breathes through these arcane recordings, coupling plodding and torturous doom with disgusting bestial Satanic worship. Whispered vocals provide a truly unnerving aura with few parallels in black metal beyond their allies Beherit. These two cults share more than just an aesthetic sensibility, as these recordings feature SADOMATIC SLAUGHTER on drums. The Fallen One of Flames demo is a stunning example of the irreplicable black magic conjured during the era in which it was recorded. Satanic Zeitgeist documents a live performance in Oulo in 1991, pairing their raw hymns with two covers of Venom and Sarcofago. The lineage from these early gods to the era of Black Crucifixion is clear to see, and they prove themselves to be more than worthy heirs to this canonized lineage. Requisite listening to those who worship Beherit, Barathrum, and all Northern cults who coat the mind in darkness. This is the first time these two recordings have been released together on one vinyl record. Comes on 180 gram heavy vinyl in a gatefold sleeve with an A4 booklet featuring liner notes, rare photos, and a gig flyer.

California death metal band Apparition follow their Granular Transformation 7-inch with their tectonic shifting debut album Feel. This is towering, progressive doomy-death metal with hammering colossal, crawling, groove-refined escalating riffs and lurching, thick, and bludgeoning calculated rhythms. But Feel goes even more beyond in exploring Apparition’s death metal blueprint, where this deep expression possesses idiosyncratic, uncanny musical affectations with calculated, complex ambience. One that tethers into the realms of strangeness and the anomalous: an album a little more influenced by drummer / vocalist Andrew and guitarist Miles’ past jazz studies and unique influences outside the old school death metal paradigm.