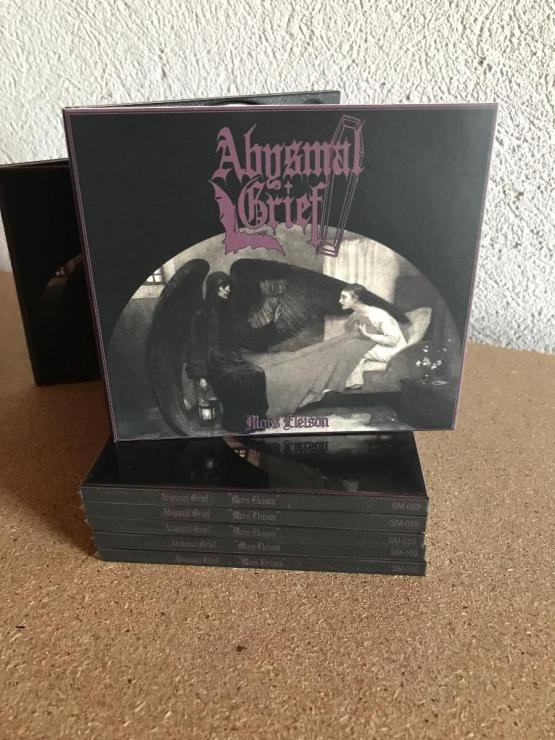 ABYSMAL GRIEF should require little introduction. Since 1996, the band have prolifically maintained their position as Italy's foremost purveyors of traditional doom. Originally released in 2006 on vinyl, Mors Eleison followed a handful of demos and split releases; as such, it was ABYSMAL GRIEF's first stand-alone pro recording just prior to their classic self-titled album in 2007. Even this early on, their sulfurous magick was a beyond-heady brew that was simply impossible to deny. Sure, they embodied all the sonic/aesthetic traits otherwise associated with "doom," but it was the gothic horror (and sometimes, just straight-up gothiness) that really put ABYSMAL GRIEF into a class all their own, deeper and deeper into virtual and literal DOOM, and arguably here on Mors Eleison is where it first truly took flight...or is that depth(s)? Punning conundrums aside, the band also really underlined their grand lineage - and oddball uniqueness - with a cover of granddaddy Paul Chain's "Occultism" as well as the frequent excursions into crypt-dwelling ambient soundscapes. Also included in this new (and, we feel, definitive) version is the rare video for "Dies Funeris." Enter the crypt again, or for the first time!

Other from ABYSMAL GRIEF