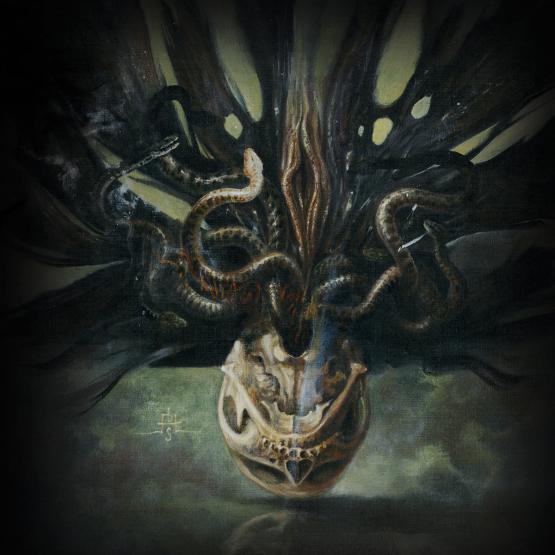 AKROTHEISM
The Law Of Seven Deaths

Hailing from Athens, Greece, Akrotheism formed in 2012 to perform violent-yet-experimental black metal which deeply explores matters of esotericism and philosophy. The band's first recording came in 2013 as a split EP with countrymen Order of the Ebon Hand. Emboldened by that momentum, a year later came the band's debut album, Behold the Son of Plagues, which was a shockingly accomplished work for such a young band. Then, in 2015, Akrotheism delivered two tracks to a split release with countrymen Septuagint, which showed an even bolder and more daring vision of black metal. During this time, the band made select festival appearances once a year, playing alongside such esteemed bands as Ofermod, Necros Christos, Acherontas, and Bölzer among others.