CURSE UPON A PRAYER - The Three Woes - LP 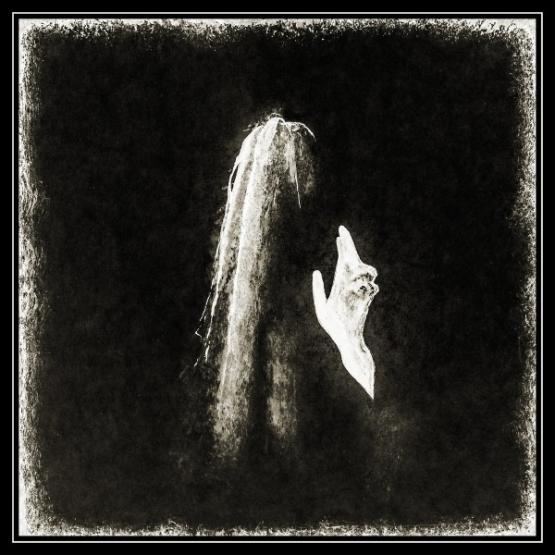 CURSE UPON A PRAYER
The Three Woes

Hailing from the black metal hotbed of Finland, Curse Upon a Prayer was founded in Tornio in 2010 and have since released two albums - From The Lands of Demise in 2014, and Rotten Tongues in 2015. The band has gained some recognition for their strong, anti-Islamic themes, which are fiercely manifested in their live shows. During those well-received events, there has been multiple Quran desecrations, and the ruthless flame of Curse Upon a Prayer continues to grow without any hesitation.

Now, the Finnish infidels of Curse Upon a Prayer have decided to take another step towards the gaping abyss and thus present a new EP, thematically titled The Three Woes. Their third studio recording so far and a follow-up to the righteous Rotten Tongues, The Three Woes is another grand strike for Curse Upon a Prayer, albeit a quick-hitting one. No less satisfying despite its compact nature, this EP is merely a glimpse of the truly flagrant blasphemy that is yet come: a peaceful prelude for the next, Allah-raping Curse Upon a Prayer full-length set to be released in 2019.

Other from CURSE UPON A PRAYER

CURSE UPON A PRAYER
Infidel

Despite the censoring acts and overall spinelessness of this day and age, Curse Upon a Prayer returns from northern Finland to conquer, kill, and turn the castles of this modern world into sand. Since forming in Tornio in 2010, the band have released two albums – From The Lands of Demise in 2014, and Rotten Tongues in 2015 – and the especially well-received The Three Woes EP in 2018. That EP hastened Curse Upon a Prayer’s feverish momentum on the live front, where the band gained no small amount of recognition for manifesting their strongly anti-Islamic themes in multiple Quran desecrations.

But at long last, Curse Upon a Prayer deliver their masterwork: the aptly titled Infidel. With no hesitation nor self-doubt, these Finnish infidels have taken another giant step towards the gaping abyss here, a ruthless yet incredibly dynamic assault on the senses and spirituality. No page of the Quran is left unburnt on Infidel: from quintessentially nasty Finnish-style black metal to somber acoustic sections, Curse Upon a Prayer’s third album ranges a vast spectrum of searing sonics. While flagrant blasphemy is at the core of the band’s being, the artistry across Infidel is undeniable; Curse Upon a Prayer are working within a rarefied field for black metal, and their truly unique character has come to the fore on this seamless song-cycle. Indeed is Infidel threaded together like one massive work, throttling the listener with filthy physicality one minute and haunting their dreams the next, and each of these nine songs reveal deeper, darker truths across the album’s compact yet incredibly satisfying 36 minutes.

Hasten to prayer, all ye whose lungs breathe fire! Hasten to damnation, all ye true Infidels! Behold the instigating torch hereby known as Curse Upon a Prayer’s Infidel!