EXCRUCIATE - Mutilation of the Past (Magenta VINYL) - LP 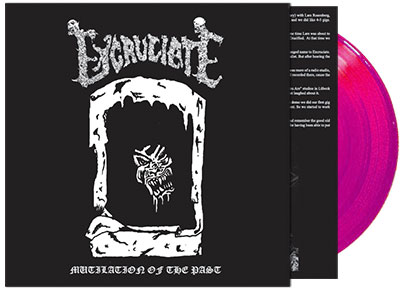 EXCRUCIATE
Mutilation of the Past (Magenta VINYL)

Dark Symphonies, ltd 1000, For the first time on stand alone CD, we present the legendary "Mutilation of the Past" demo from Excruciate! Exclusive to this CD is the never before heard 2001 Excruciate demo track "Decepted By The Church", originally composed in 1992, as well as two songs of the early project of Excruciate members called Korgüll, "The Mortuary" and "Sabbath", written in 1990. Featuring the original cover artwork, new liner notes and classic band pics. Additionally, a Japanese-style OBI-Strip will be included.