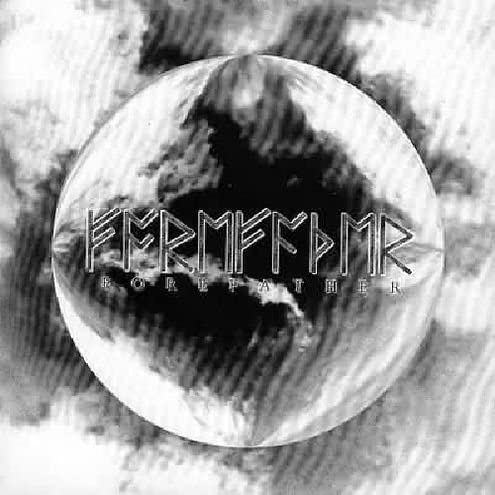 'The fighting man' has been out of print for many years. Earlier we released the vinyl edition of this album, after much request we now present the second title in the series of Forefather CD re-releases on Heidens Hart.

To be released on 14 October, the actual anniversary of the Battle at Hastings, the main theme of the album.

Hailed by many as their best release, 'The fighting man' was a huge progression after the previous releases and set the style Forefather is known for. Their ability to create their trademark hymnic melodies took a huge step and the epic melodies that will remain stuck in your head are well represented in songs like 'For these shores'. The album pioneered with its well written compositions; alternating between fast, energetic riffs with lots of folk melodies and mid-tempo atmospheric black metal with clean vocals almost sounding chanted at times popping up frequently, to a very dynamic whole.

Just as 'Deep into time', this CD edition comes with a bonus track. This time it's "The Lady's Gift", written entirely by Forefather as a song for Folkearth.

With pride Heidens Hart Records present the next release in line of the Forefather re-release series: their 1999 debut "Deep into time". The album shows Forefather in a more primitive way; the album was recorded on an analogue eight track recorder, and the song writing was more spontaneous than on later albums. However, their trademark guitar and vocal melodies are already very present on this album. Especially personal favourite tracks like "Ancient voice" and "Visions of elders" stand out with their primitive yet epic melodies. And after all, it's their wellknown, own style of melodies, very clearly present on this album, that made Forefather who they are. The album contains one bonus track which also appeared on the 2005 vinyl release by Eisenwald, but it was remixed for this CD edition.

FOREFATHER
Ours Is the Kingdom

"Ours is the kingdom" shows more diverse and energetic songs after "Engla Tocyme", which was more sombre and reflective. "Ours is the kingdom" includes many of the bands' classic tracks and with over one hour playing time, this is also the longest album by the Anglo-Saxon legends. With the bonus track included, the total is even pushed over 65 minutes. "Fighters of the Angelcynn" was originally written by Forefather for the Folkearth project, but the track has been completely re-written, re-recorded, has new lyrics and truly blends in with the album perfectly.
To further improve this reissue, the album has been remastered by the band themselves.

FOREFATHER
Curse of the Cwelled

Forefather since their first releases developed a unique style of melodic pagan metal and continue this way with "Curse of the Cwelled".