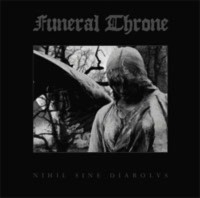 Other from FUNERAL THRONE

Originally released last year on a very limited cassette edition, Threshold is now being unleashed upon a wider audience to weave its spell. And what a spell FUNERAL THRONE harness here, a heaving mass of palpably physical energy yet one brimming with harrowing, hypnotic intent. Many of the song titles across Threshold - "Resurrection," "Through Transforming Fire," "Hypnotic Coils," and "Vessel" among them - paint a vivid picture of its contents; in fact, even the title of Threshold itself speaks volumes about the simultaneous ascent/descent the band undertake.