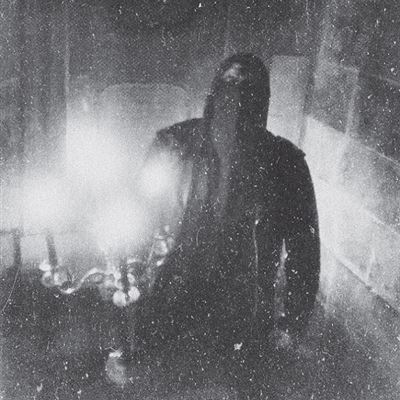 In 2016, the mysterious Scottish entity Ifrinn made their mark with a self-titled mini-album: a cold, swirling chasm of aural hostility and cavernous mesmerism, reflecting the ancient, bleak, and desolate landscape that the band calls home yet intertwined with the malign currents that reside beyond the veil of night.

Judiciously prizing quality over quantity, Ifrinn return with yet another release, this time titled Caledonian Black Magick. Indeed an ever-apt description of the hypnotic rhythms created by Ifrinn - and one this constellation has established since the beginning - Caledonian Black Magick is both an intensification and consolidation of its no-less-considerable predecessor. Here, the attack is sharpened to an enviable degree, finesse meeting fury headlong, as each catacomb-esque creation expands onward and outward. The vortex of sound Ifrinn create across this EP is akin to levitational hypnosis: undeniably physical in its approach, sometimes overwhelmingly so, but a paralysis of subconscious and spirit that's paradoxically liberating and intoxicating. Despite its Highland origins, Ifrinn are without geography nor era; authentic black metal orthodoxy knows no boundaries, and its windswept splendor is timeless.

Even if it's yet another five years between recordings, we are blessed and cursed to hearken the malign majesty Ifrinn invoke with Caledonian Black Magick.