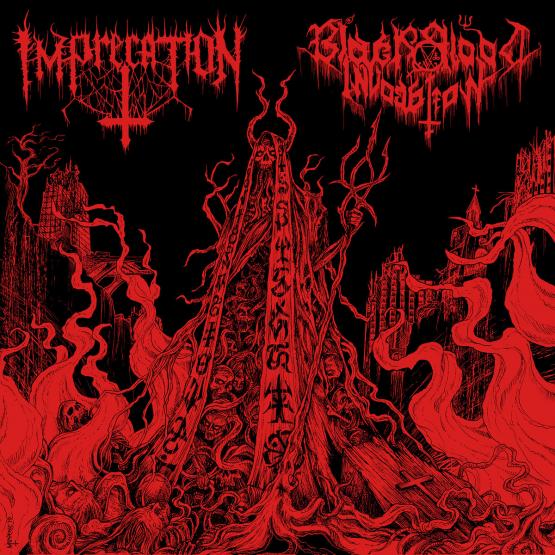 Truly titled, Diabolical Flames of the Ascended Plague brings together two of the most bestial death metal cults of the modern era. IMPRECATION, of course, fought the good fight for most of the ‘90s, crafting a handful of now-classic EPs and demos that displayed their vision as being decades ahead of the game. Reinvigorated in 2009, IMPRECATION have only continued to get better and better, belying their veteran status as band: most their age wimp out, but not these Satanic Texas warlords! Here, they deliver two exclusive tracks (plus mystical outro) which hammer and slice, doom and dredge, whipping forth a maniacal warlust that’s as black and bewitching as it comes. Of especial note is a rerecording of the 1994 track “Emperor of Infernal Spirits,” which features guest vocals by Seth Decay of Ritual Decay and Morbus 666.