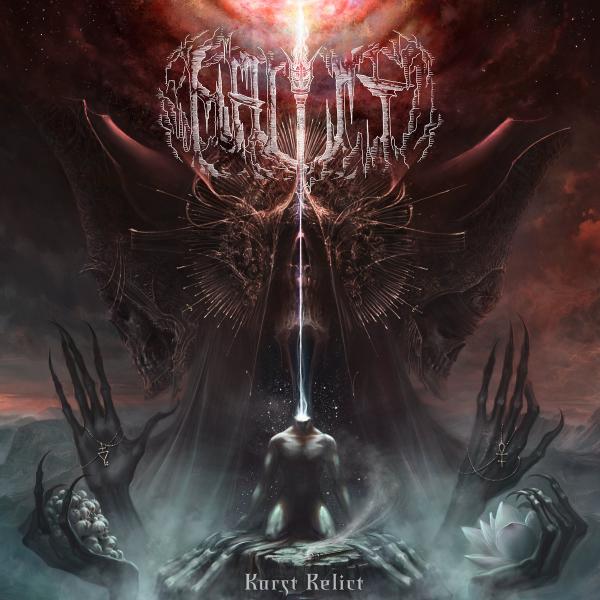 "Karst Relict" completes the album trilogy of Karst Realm and the path of a nameless hero through its vast nether halls and mountain hollows. Slave to the will of the Tyrant King, the hero slowly comes to his senses as he attempts to uncover the truth to all the inhabitants of the kingdom, that there is a whole world outside the cave they have been living in; that the ruler of this realm is the source of their never-ending misery and grief. The King punishes his former servant with death, unwittingly summoning a violent cataclysm...

MALIST
To Mantle the Rising Sun

MALIST
In The Catacombs Of Time (Silver vinyl)

Malist, a newcomer solo project from Russia, plays Melodic Black Metal in the tradition of the 90s classics as well as certain contemporary acts from Finland or Poland.

Thus, crowned with the fantastic artwork of Artem Demura, "In the Catacombs of Time" should appeal to fans of the early works of bands such as Ragnarok, Gehenna, Thy Serpent, Lord Belial, Dissection, Mork Gryning or Sacramentum, as well as contemporary acts like Sargeist, Horna, Mgla or Satanic Warmaster.

"To Mantle the Rising Sun" is the second album by Melodic Black Metal band Malist, on which the artist continues the musical journey started on last year's debut with even more genre-crossing ambition, drawing inspiration from bands like Lord Belial, Immortal, Sargeist, Fen & Woods of Desolation.

Powerful riffs, melodic layering, diverse vocals & atmospheric elements are woven into this musical venture of battles & mournful fates, sending the listener to the outer surface of the underground Karst Realm, where the lyrical hero is on his way to meet the tyrant King - an encounter to set his life's purpose once and for all...

Limited edition of 199 copies on transparent turquoise vinyl, incl. 4-page insert & download. The splatter edition is available exclusively from Northern Silence and Malist while stock lasts, one copy per customer.