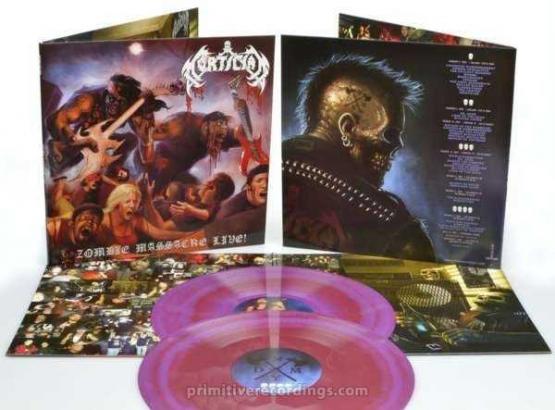 Comprising a staggering 37 tracks in 66 gore-soaked minutes, Zombie Massacre Live captures these legendary death metallers on the live front in the early 2000s, spanning shows in the US as well as Europe. As expected of such a long-running band with a deep discography, this live collection encompasses countless '90s classics as well as then-new cuts from Domain of Death (2001) and Darkest Day of Horror (2002), all captured in their rawest 'n' bloodiest state. Originally released in 2004 on CD by the band on their own label, Zombie Massacre Live is long overdue for the vinyl treatment.

MORTICIAN
From the Casket