MOUNTAINS CRAVE - As We Were When We Were Not - DIGI CD 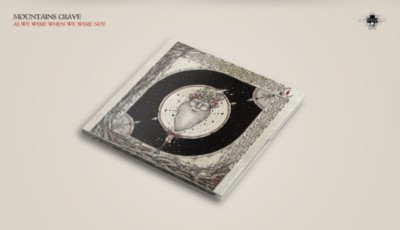 MOUNTAINS CRAVE
As We Were When We Were Not

Featuring guest appearances by members of Undersmile, As We Were When We Were Not sees Mountains Crave expanding on the blueprint laid down with their eponymous EP, incorporating disparate influences from Pink Floyd to Wolves in the Throne Room. Deftly interweaving blast-led savagery with delicate and pensive atmospherics, the listener is stimulated on both a visceral and cerebral level. Inspired by Aldous Huxley’s 1962 lecture on visionary experience, the album explores themes such as spiritual enlightenment, death and the afterlife, and man’s kinship and subsequent alienation from the universe.

Including past and present members of A Forest of Stars, Old Corpse Road, The Afternoon Gentlemen, Gets Worse, and Masochist, Mountains Crave began in March 2013