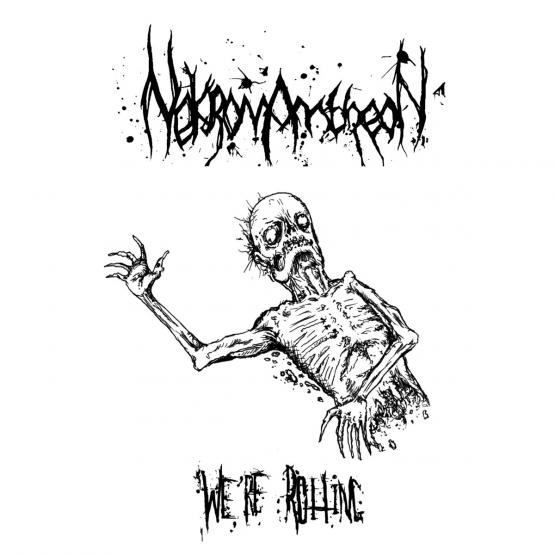 Duplicate Records proudly present the re-release of NEKROMANTHEON - We're Rotting on LP. Omitting the rather unnecessary outro of the first pressing, and adding two otherwise unavailable NEKROMANTHEON classics (previously released on split EPs, including fan favourite Cryovolcanic Eruption) in its place, this will be the definite edition of this piece of Norwegian thrash history!

We're Rotting was originally the 2007 demo of Norwegian oldschool thrashers Nekromantheon, released as a limited CD. In addition to members of Obliteration and Audiopain, it features original vocalist Biffen (of metalpunks Rabalder), adding a menacing flavour to their savage thrash. This LP version also includes all of the band's split EP contributions with Audiopain, Abigail, Deathhammer etc. as well as an unreleased version of the track Tortured In Tartaros. We're Rotting is simply a must for anyone into deadly oldschool thrash. Wimps & posers leave the hall!