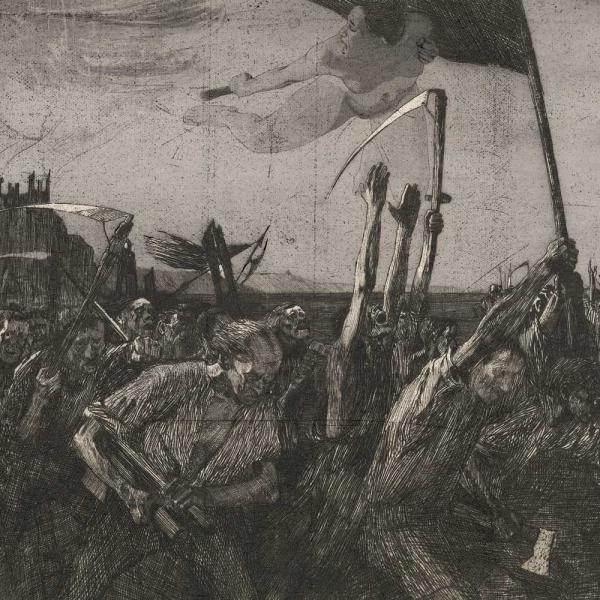 PANZERFAUST
The Suns Of Perdition, Chapter II: Render Unto Eden

The second chapter of the band's tetralogy examining the malign episodes of this past century.

'Render Unto Eden' is an altogether more somber record: here do Panzerfaust more fully work with light and shade, their darkness displaying far more hues than previously deemed imaginable. Whereas the five-song first chapter was taut 'n' terrorizing, The Suns of Perdition II likewise features five songs but in a more expansive 44-minute runtime. As such, massive vistas of molten melancholy unfold, the inexorable push-and-pull patient but persistent; layers upon layers of understanding are packed into each of these scintillating minutes. The violence is more carefully doled out, in kind, and the sum effect is nothing short of hypnotic. The Suns of Perdition II: Render Unto Eden echoes within the mind and spirit long after the record's over...

Produced and mixed by Greg Dawson at BWC Studios in Kingston, Ontario, Canada, the album was mastered by Sergei Lazar at CDM Records Studio in Moscow, Russia.