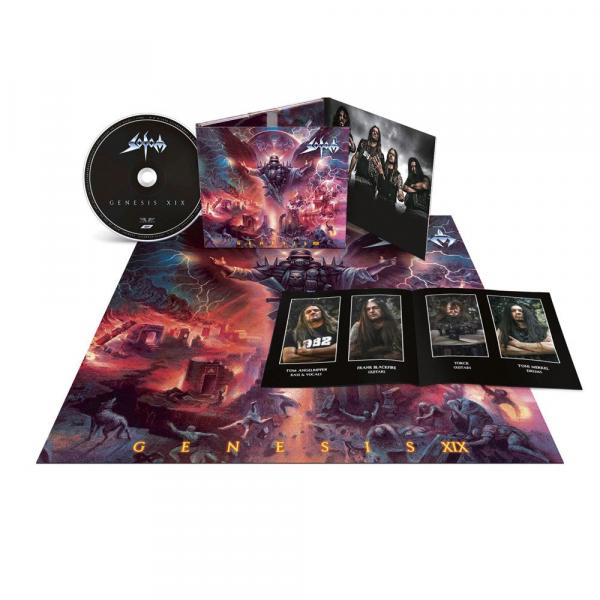 Focal point Altenessen, deep in the heart of the Ruhr area. From the middle of the 19th century onwards, Europe's industrialization was supplied with the necessary raw materials from here, mined in arduous backbreaking work underground, from coal mines with illustrious names such as Carl, Anna, Fritz-Heinrich or Helene. Altenessen is also the musical domicile of Tom Angelripper, singer/bassist of the German metal formation Sodom, who has been meeting with his band members in a rocked rehearsal room in the city for years to forge lethal thrash. For other musicians, such information may be insignificant marginalia, for Tom they are important aspects of his recipe for success. "I want guys from the pot, from my haze circle, with whom you can continuously rehearse and work," says the Sodom boss. Together with guitarists Frank Blackfire and Yorck Segatz as well as newcomer Toni Merkel (drums), he has turned his band philosophy into reality. A philosophy that will be more fruitful than ever in 2020. With the first loosening of the pandemic-related lockdown, Sodom could immediately start working creatively again. This is one of the reasons why Genesis XIX has become exactly what the participants were aiming for: "This is definitely one of the hardest and most versatile studio records ever made by Sodom," explains Tom and proudly presents twelve new songs that will be released on November 27, 2020.