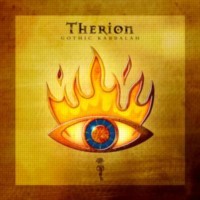 Swedish act Therion originated in the late 1980s. Following a couple of demos in 1989, the band’s style evolved out of an effective and raw mix of Thrash/Death Metal. The demo Time Shall Tell gained the attention of Deaf/Peaceville Records and led to the release of the band's debut studio album, Of Darkness…’, featuring songs which mainman Christofer Johnsson had composed in the 1980s.

The album could be defined as an early example of Progressive Death Metal, though also included influences from other genres, distinguishing the band from traditional Death Metal acts of the time.