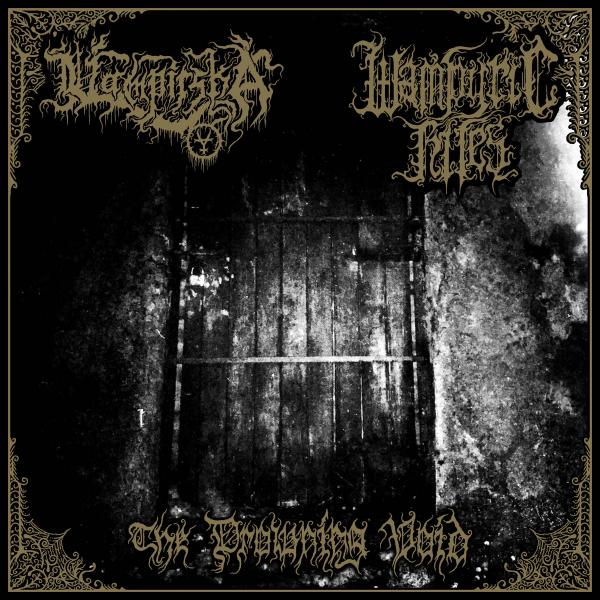 Emerging from the void of black devotion, Vampirska, The U.S.-based Raw Black Metal entity offers two of it's most decrepit hymns yet. Walls of overwhelming chaos and depravity with the essence of mysterious and punishing raw black metal that emits an enchanting hypnoticism. The bombardment of devastation is met with another familiar entity of the grotesque and disgusting chambers; Wampyric Rites, the Ecuadorian spectre of the Black Metal Plague Circle. A two-part deliverance of malevolance and agony that call forth an intense massacre of total hatred and suffering. The conspiracy of these two entities brings four summonings to be unleashed onto the hordes...