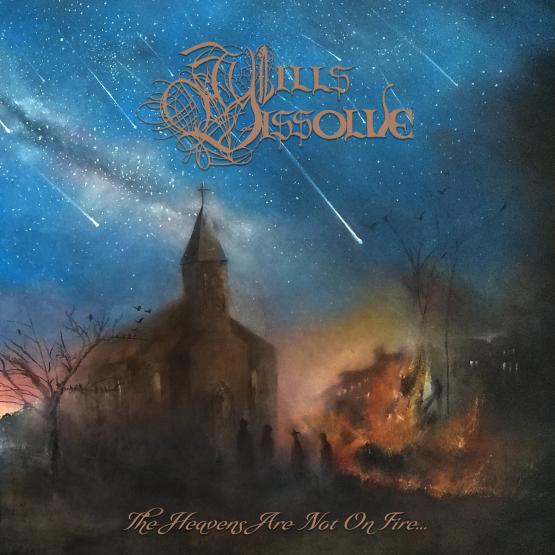 WILLS DISSOLVE
The Heavens Are Not On Fire​.​.​.

“The Heavens Are Not On Fire...is the debut album from Wills Dissolve, a progressive death metal band from Houston, TX. Equally atmospheric and aggressive, this album weaves its concept (“a meditation on religion, violence, and cosmic chaos”) through seamless, satisfying transitions between ambient and bold passages. Led by masterfully executed drum grooves and finished with blazing, melodic leads and crushing vocals, Heavens… is progressive, but never wandering. Although one can certainly recognize influences both named by the band (Opeth, Katatonia, Ihsahn) and surprising (Rotting Christ, In Vain, Kozeljnik, November’s Doom), nothing about this spectacular debut is derivative. The production is clean and balanced, perfectly restrained, allowing each element to shine through organically. The Heavens Are Not On Fire… transports the listener to The Great Meteor Storm of 1833, an event erroneously interpreted by North American Christians as the biblical apocalypse and later recognized as the beginning of a critical shift towards a secular understanding of celestial phenomena. Lyrically and musically, Wills Dissolve’s debut is worth the many listens it takes to appreciate its authenticity and originality. “No More Sanctity!”