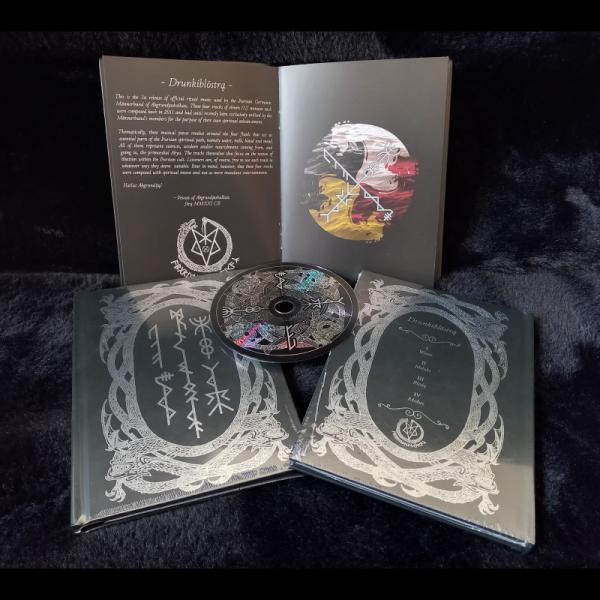 This is the 1st release of official ritual music from the Þursian Germanic Männerbund of Abgrundjaskalkaz. Consisting of four (4) tracks of eleven (11) minutes each, which all were composed back in 2011 and have exclusively only been used within the Männerbund’s internal spiritual practices up until now.

The theme of these musical pieces are four fluids which all form essential parts of the Þursian spiritual path, namely water, milk, blood and mead. All representing essences, wisdom and/or nourishment from and to the primordial Abyss. The collective idea is thus focused around the libation concept within the Þursian cult.

However the listener is free to use the track however he/she feels suitable. Bare in mind though that these four tracks were composed with spiritual intent and not for mundane entertainment.