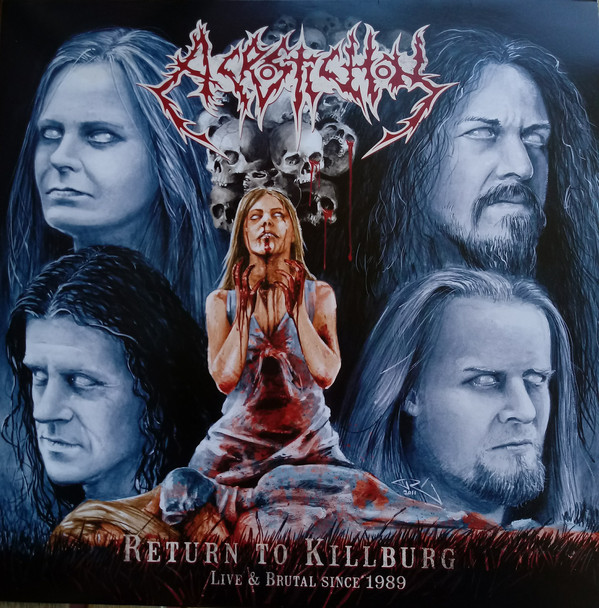 Acrostichon is one of the earliest and still existing death metals band from The Netherlands. Acrostichon was formed in August 1989 when Jos (guitar), Richard (guitar) and Corinne (vocals / bass) finally found a suitable drummer. March 1990 they recorded their debut demo. In early 1991 Acrostichon entered RS29 to record the “Dehumanized” demo. It proved to be the final breakthrough in the underground death metal scene worldwide. More than 1000 copies were sold. Songs of the demo were featured on the “Where is your god now” LP published by D.S.F.A. records and they released a 7? e.p. on Seraphic Decay Records (The “Lost Remembrance”). Several labels showed interest in signing the band. The songs “Relics” was recorded to be featured on the “Peaveville Volume 4? sampler. Acrostichon signed a contract for an album with the French Modern Primitive Records. In March 1992 they recorded their debut album, called “Engraved in Black”, with producer Colin Richardson.
Their live album ‘Return to Killburg’ was recorded live at 013, Tilburg, The Netherlands on October the 4th 2009. The album contains an overview of the bands best and most successful tracks,12 in total. Live mix, editing and mastering by Robin Cornelissen (Pentacle, Dead End, Morthra). The booklet and inlays contain several outstanding special made artworks from guitar player Richard (Master, Massacre, Napalm Death).