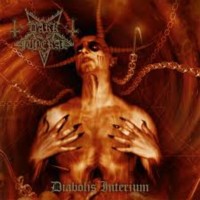 DARK FUNERAL
The secrets of the black arts - reissue

Remastered and expanded with previously unseen photos, extensive liner notes by Olivier “Zoltar” Badin (Terrorizer / Iron Fist), bonus material and revamped layouts these albums are essential for every maniac out there!

Seven years without a new studio album by long-running Swedish black metal act DARK FUNERAL was a tough time for its worldwide legions of fans, but finally in 2016, two decades after the release of the band’s legendary debut album “The Secrets Of The Black Arts” a new aeon is about to begin. And, DARK FUNERAL's sixth studio album, “Where Shadows Forever Reign”, produced by Daniel Bergstrand (In Flames, Dimmu Borgir, Behemoth), actually refers back to the aforementioned first album in several ways: Firstly, it proudly comes along with stunning artwork by Necrolord (Dissection, Necrophobic, Emperor) just like “The Secrets…” back in ‘96, secondly, it also marks a debut of sorts as it is the first DARK FUNERAL opus with new vocalist Heljarmadr (Grá).