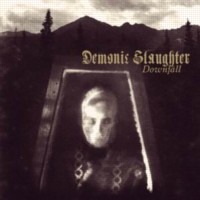 The band have been dwelling within the Polish Black Metal
underground for a period of time in which they have clearly
spearheaded themselves as one of Poland’s most prominent acts within the scene
featuring past and present members of acclaimed Polish bands: Abusiveness, Blaze of Perdition, Xaos Oblivion
Pure Black Metal with great atmosphere, clearly inspired by the Norwegian Black Metal from the early 90, yet still with it’s own ideas, no triggers, no keyboards, no female vocals

Recommended for fans of Mayhem, 1349, Urgehal