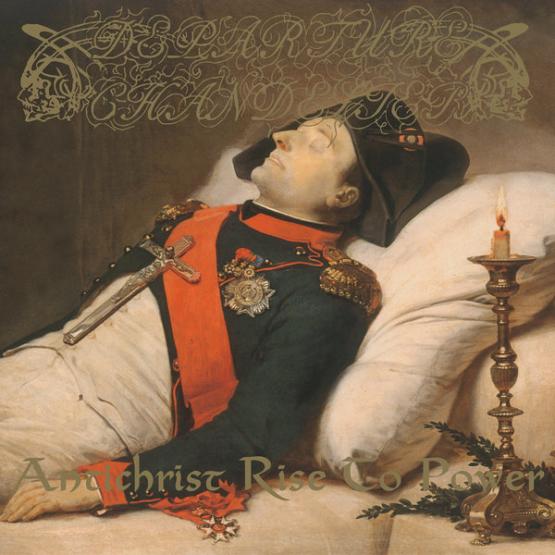 Antichrist Rise to Power is a violent declaration of allegiance to the Emperor’s dominion, from the mud-covered skeletons of Marengo to the jagged cliffs of St. Helena. The noble acceptance of forced exile, the inescapable chill of the prison cell, and the cruel rush of combat all fill the aristocrat’s appetite for his boundless quest for honor.

Departure Chandelier’s music shimmers with the aesthetic ardor of apotheosis. It is a communion with the deceased, tracing the pathway of life transmuted into death over dishonor. Although comprised of members of Akitsa and Ash Pool, Departure Chandelier is wholly unique in style and substance and bears little overt resemblance to either of those projects.

DEPARTURE CHANDELIER
The Black Crest of Death, the Gold Wreath of War