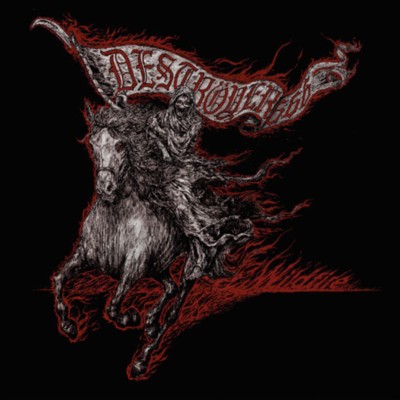 *DESTRÖYER 666 *have no need to prove anything. The band originally starting out as a solo project of BESTIAL WARLUST guitarist KK in Australia in 1994 has already delivered four highly acclaimed and influential albums that cemented their excellent reputation within the metal scene. Now 'Wildfire' makes a complete fist that goes straight into your face. These new heavy hymns are made of the essence of metal. There is no “-core”, no “post-“, no bullshit on this album – just great hard hitting song. Each track is hammered out rough and gritty, yet at the same time they all are intelligently arranged and massive in sound. The term "old school" applies to a point, but without any clinging to simple nostalgia. *DESTRÖYER 666* have nothing in common with a bunch of kids trying to emulate the eighties, but live and breathe metal since that golden age of hard music. The band around mastermind KK unleashes 'Wildfire' with burning tracks that will hunt you down like a pack of fiery wolves. *DESTRÖYER 666* deliver metal at its best – made powerful by an unbroken and unrelenting spirit.

The outlaws from down under deliver another pummeling and relentless lesson in aggression with full length number 6(66).
‘Never Surrender’ is a furious assault of black thrash, chainsaw riffs, and warlike drums, offering no moment of reprisal as it rages on for 40 unyielding minutes.
With this offering, Deströyer 666 takes no prisoners