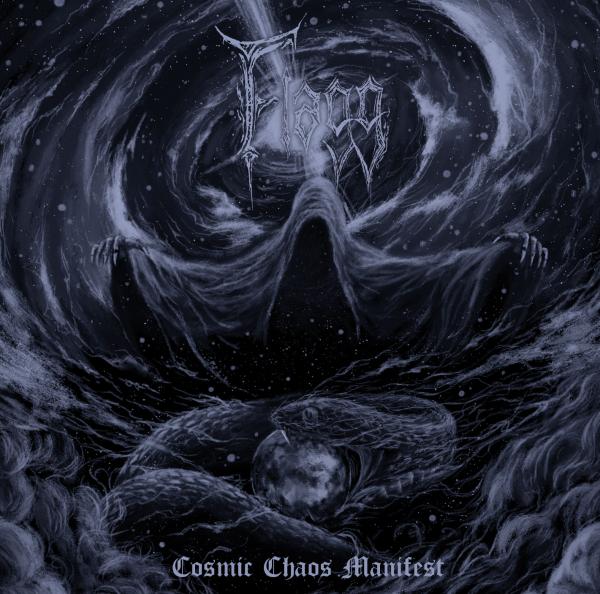 When FLAGG burst from the void in June 2020 with their debut album, Nothing But Death, the veil of secrecy had yet to be lifted. Which mattered not, when presented with black metal of such sterling quality: both ancient and ageless, old yet new. Their attack was immediately intense, exhibiting a restlessness that's roiling and raging, always moving but always with a target in sight. Eventually, it was revealed that FLAGG hailed from Finland and was the work of selfsame multi-instrumentalist Flagg, who was a part of reanimated old Finnish cult Annihilatus, and vocalist Tyrant, whose hordes include the esteemed likes of MALUM, Infernarium, and Kalmankantaja.

With that lineup thus set, FLAGG return little more than a year later with their second full-length, Cosmic Chaos Manifest. An immediately harsher spin than its not-inconsiderable predecessor, Cosmic Chaos Manifest duly lives up to its title through a shapeshifting style of ultraviolence that retains a unique gleam, one that's paradoxically grittier for all its seemingly on-the-surface clarity. As ever, FLAGG's songwriting strikes true through a skillful balance between burning fire and nightsky melodicism, here actually sounding more richly 1990s - specifically, the oft-overlooked late '90s - than the comparatively modernist grime of Nothing But Death. But, just like that bolt-from-the-blue debut, FLAGG understand archaic expressions, the Old Language of Black Metal, where medieval atmosphere and ghostly portent informed even the most straightforward forms, rendering an air of aristocracy to that of belligerent bravado; now, they're just rendered in more restless, dizzying form.