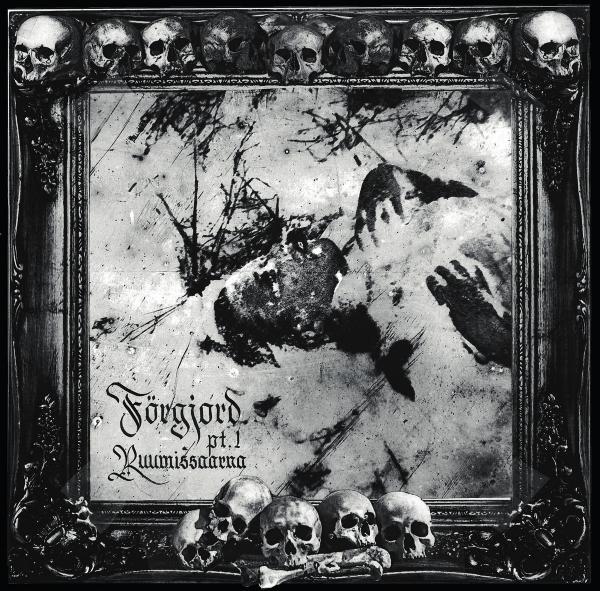 All copies on black vinyl.

Hailing from the forever-thriving Finnish black metal underground, FÖRGJORD is one of that scene's stranger and more unique entities. Existing since the mid '90s, the trio have largely shied away from the spotlight - even when that spotlight is blacklit and dim - and patiently parcel out their releases, with a sparse-yet-solid discography to date. Sielunvihollinen - their second album, released to critical acclaim in 2012 - furthered the idiosyncratic FÖRGJORD aesthetic, but now with Uhripuu, they've triumphed yet again with a scabrous 'n' unorthodox journey into black metal's most rotten depths. But for however maldorous their melodicism is, it is precisely that - meldodicism - which makes FÖRGJORD so bewitching, the way oddly hummable passages push past the ripped-raw soundfield and create a wild, entrancing disconnect. It is this aspect which fondly reminds of France's Black Legions, the eternal struggle between trance and trash, but naturally, a distinctly Finnish air of melancholy permeates the mildewed black metal at hand.