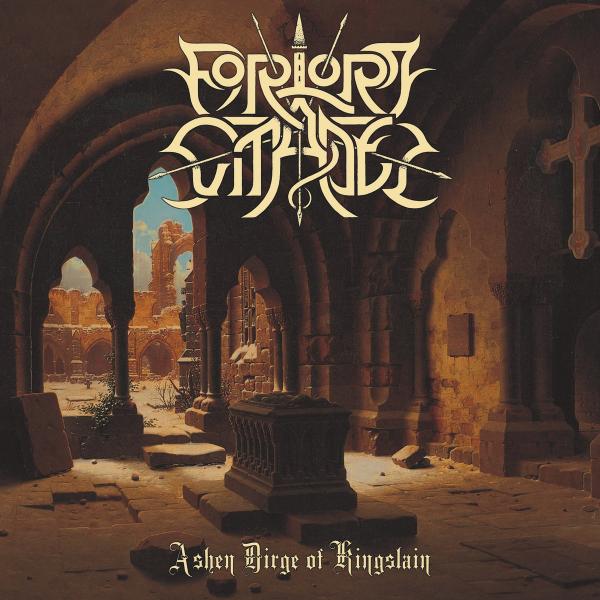 So despite the considerable number of bands playing this style that appeared on the scene in the years following Caladan Brood's immensely successful debut album, Forlorn Citadel is another very welcome addition and we highly recommend "Ashen Dirge of Kingslain" to all fans of Summoning, Caladan Brood, Emyn Muil and similar projects!

The album is a collection of songs written late-2018 to mid-2019 and is dedicated to all warriors who fight their battles, only to return home to a kingdom that is not as it was.

Forlorn Citadel is an Atmospheric Black Metal project from Australia, formed in 2017 by multi-instrumentalist Solace.

Originally conceived as a Medieval/Dungeon Synth style project, a short demo entitled “Dusk” was released in the early months of 2017.

The addition of traditional Black Metal elements on the 2018 demo “Mourning” solidified a more defined sound of which Solace wishes to expand upon.

Forlorn Citadel is currently working on a debut album with plans to release in 2019.

The CD is released as part of the Northern Silence Underground Series and comes in jewel case, limited to 500 copies.