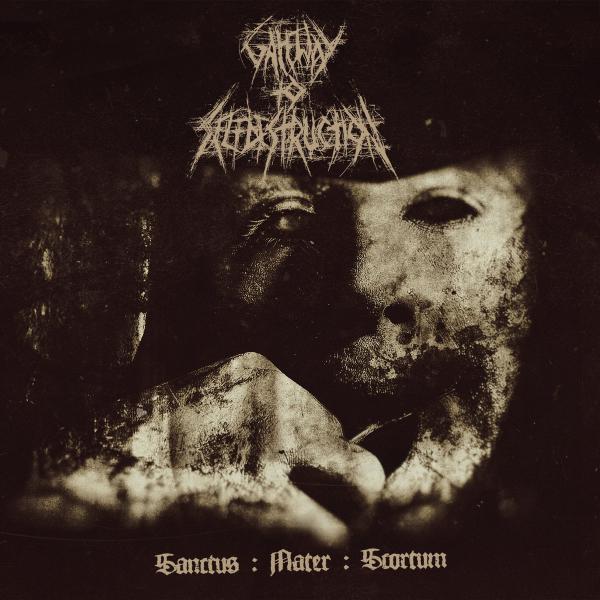 Gateway to Selfdestruction is an Atmospheric Black Metal band from Germany, formed in 2013. Their debut album „Death, My Salvation“, released by Northern Silence in 2016, marked the beginning of the band’s musical output. At the time they had already been active on the live front for quite a while, captivating the audience with their sorrowful and haunting creations. The style was very much influenced by Katatonia’s “Brave Murder Day”, so signing the band was a foregone conclusion when the individual behind Northern Silence witnessed one of their fantastic live performances for the first time.

In November 2019 the band entered the studio to record their second album, entitled „Sanctus : Mater : Scortum“. It was once again produced by Patrick W. Engel at Temple Of Disharmony and will be released on CD and digitally on February 21st.

The concept behind the album delves into the power struggle between the child and the motherly, pathologic presence of a woman suffering from mental illness, whose self-destructive behavior is expressed through child abuse, perversions and prostitution in both obvious and hidden ways. The conceptual layout of the CD shows her pathology and the different roles she is driven to play in her life – the loving mother to the casual observer, the whore in secret, the Madonna as the highest aspiration which she struggles to reclaim.

GATEWAY TO SELFDESTRUCTION
Death, My Salvation

Gateway to Selfdestruction are one of the most promising Atmospheric / Depressive Black Metal newcomers from Germany. Their debut album shows influences ranging from old Katatonia (primarily the “Brave Murder Day”-era) to more contemporary acts such as Shining, Woods of Desolation, Ghost Brigade and Antimatter.