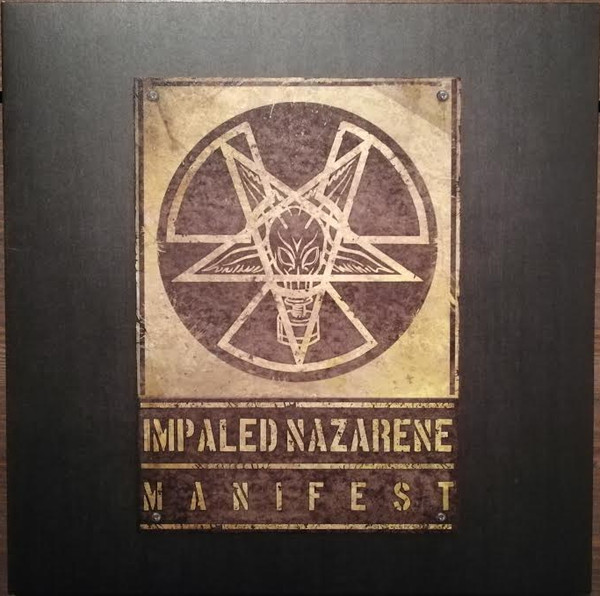 300 x neon green/red marble 12" (180g) in a black poly-lined innerbag, gatefold, full-color on 350g with gloss lamination, all assembled in a PVC overbag.

ROAD TO THE OCTAGON was celebrating the band's 20th anniversary in 2010, Impaled Nazarene most definitely is one band in the extreme metal genre that has NOT wimped out (or split-up and done a pathetic reunion).
No, these guys have been the driving force of extreme metal from Finland and they keep raging with a vengeance.
ROAD TO THE OCTAGON is 11th studio album from these Nuclear metal masters and contains 13 songs pure in-your-face hate-filled metal. Recorded at City Lights studio and mixed at Studio Fungus by Max Kostermaa, ROAD TO THE OCTAGON has a sound like a tank rolling over warzone!
Absolutely no compromise! If you do not know Impaled Nazarene, then you don't know shit!

300 x orange crush 12" (180g) in a black poly-lined innerbag, gatefold, full-color with black flood inside on 350g, all assembled in a PVC overbag.