KROLOK - When The Moon Sang Our Songs - LP 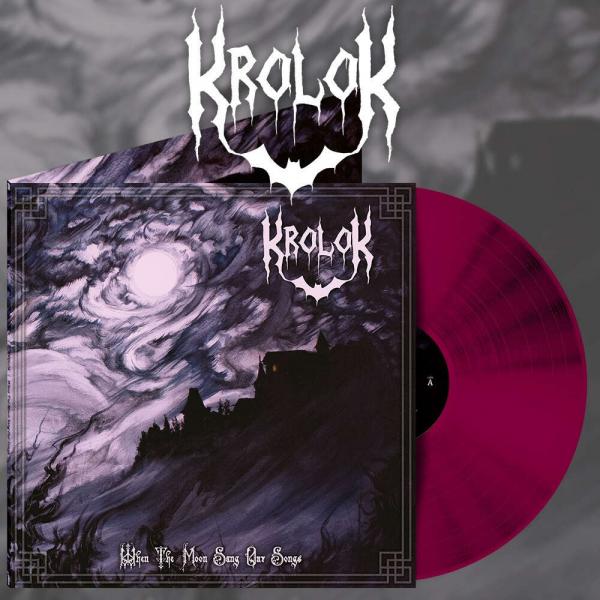 KROLOK
When The Moon Sang Our Songs

Live demo recorded at a private gig in the autumn of 2013 during the band's earlier days. The songs are thereby reduced to a more primal, barbaric form.

Extra material is provided by a cover of Carpathian Forest's 90s classic "When Thousand Moons Have Circled" and a special ambient composition "Cosmic Rituals" that delves into the darker, more introspective aspects of Krolok.

KROLOK
At The End Of A New Age

A raw pre-production of material for the debut album and more - an atmospheric introduction and a moody acoustic guitar based instrumental is added, making this a release of its own.

Black metal from the desolate abodes of Northern Carpathia.

This album is a retrospective look into the past, where old forlorn ruins and obscurity reign over desolate landscapes. Gazing back also into my own past, I have re-recorded a song originally included on the demo tape of my old band Helcaraxe, composed back in 2003. Delve deep in and listen... listen to the atmospheres of an arcane night and return within your thoughts into bygone times...

The release that put Krolok firmly on the map in the underground in 2017. All fat cut out, just five haunting hymns of brooding nocturnal black metal that lurks like a reptile within forlorn castle ruins of Europe's obscure corners. For fans of classic Scandinavian and Central European black metal of the golden 90s era, in its pure undiluted form and with the right authentic spirit.