Among the most beloved and revered acts within the atmospheric metal field, Australia's MIDNIGHT ODYSSEY is back with “Biolume Part 2: The Golden Orb”, the second part of a trilogy started in 2019 with “Biolume Part 1: In Tartarean Chains.” The new album explores the themes of the sun, set within the context of classical mythology and in continuation from its predecessor.
“Whereas the first part was very much about creating one’s own light in the deepest tracts of darkness, the second part is about being confronted and embraced by nothing but light,” explains sole member Dis Pater. “The sun, Sol Invictus, Helios, the eye of Zeus (including his sister, Eos or Aurora, the dawn) are the light giving and all-seeing purveyors of the day.”
Featuring once again a sumptuous cover painting by Elijah Tamu, “The Golden Orb” tells the story of being exposed to the majestic and searing power of starlight, a burning and unbearable heat, like being chained in a desert. “Like our hot Australian summers,” Dis Pater continues, “it’s a harsh and uncomfortable place of being that brings to mind stories of the desert in ancient near-Eastern mythology and literature. And atop on his golden chariot is the Sun God himself, punishing with heat and thirst, drought and drying winds.”
Musically this is a different style to previous MIDNIGHT ODYSSEY releases. This time Dis Pater's main influences came from the epic heavy metal and doom of bands like SCALD and SOLSTICE (UK), but also from medieval music (such as chant, troubadour and trouveres music) and military style battle horns, with a dose of viking-era BATHORY. 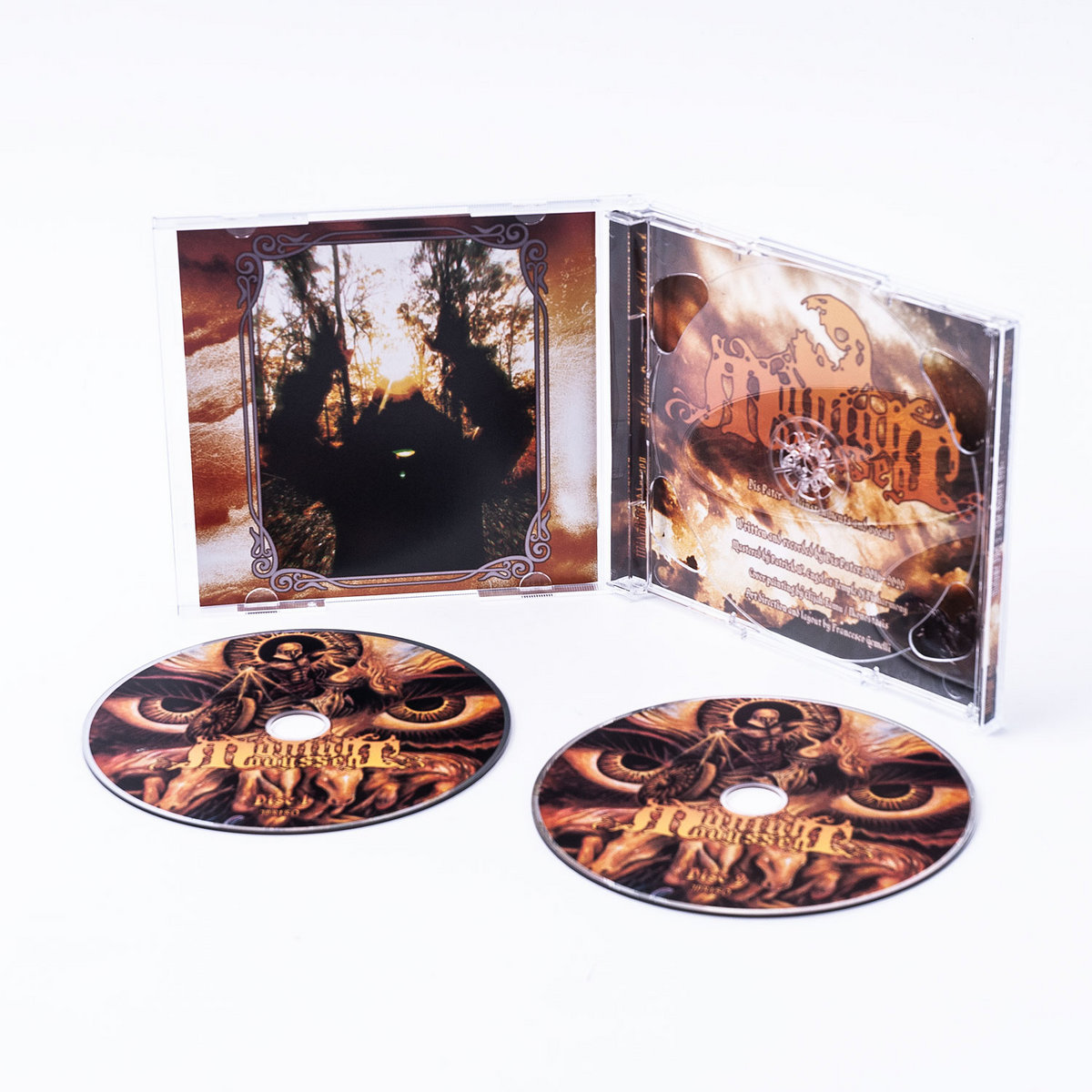