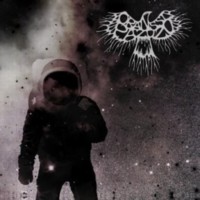 Digipak CD
First Oranssi Pazuzu album reissued at last.
“During the last few years we have had many people asking from us about the availability of our earlier albums, the vinyl versions of both and also the debut cd being sold out for some time now. We have been promising a repress basically since 2011, when the vinyls first came out, and we are very happy to say this is finally being realized.
To us both Muukalainen puhuu and Kosmonument nowadays sound something like a different band, but they still embody many of our principal musical ideas in songs like Korppi or Kaaos hallitsee

ORANSSI PAZUZU’s previous album Kosmonument was received with great critical acclaim as a brilliant album by a band developing into something all their own. On Valonielu, the band has sharpened their songcraft into a more succinct and salient statement, formidably invoking '90s-era Darkthrone yet boldly reaching further out into the multiverse of the psych and experimental side they have always inhabited. From the beginning chainsaw riff of album opener “Vino Verso” (“Askew Sprout”) to the climactic, world-downfall of final track “Ympyra On Viiva Tomussa” (“A Circle Is A Line In The Dust”), ORANSSI PAZUZU masterfully establish a cosmology all their own.

A 70+ minute sprawling voyage, ‘Värähtelijä’ more accurately represents the stunning live presence of the band where the songs often span new and previously unheard dimensions of form and structure. Not meant for genre purists, Oranssi Pazuzu are on a trip all their own; modern electric pioneers on an expedition to unlock the keys to the hidden spaces all around and inside us. 20 Buck Spin is pleased to once again present the innovative brilliance of Oranssi Pazuzu and ‘Värähtelijä’.

"Värähtelijä is continuing where we left off with Valonielu. But it plunges deeper into the pitch black hypnosis, combines progressive song structures to more free and flowing parts."