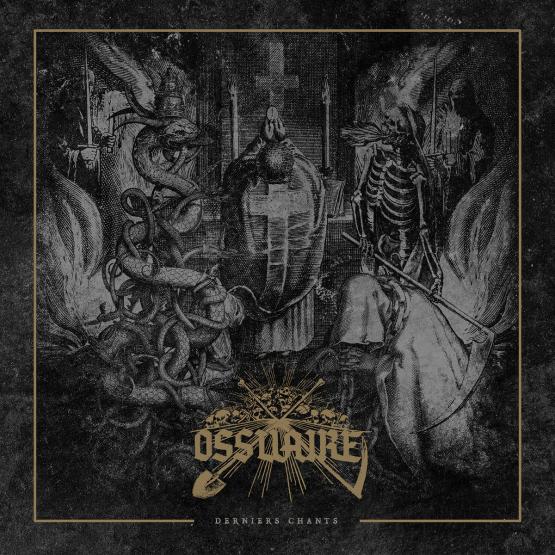 A mere six months after the release of their first, widely acclaimed album through Sepulchral Productions, Ossuaire is already back at it, with the stunning conclusion to their two-album concept on the downfall of Christianity. Derniers Chants features the characteristic vengeful yet melodic riffing that has helped the band quickly rise among the well-established Québec scene while also developing a more epic side, such as on the spectacular album closer. Another must for fans of the Québec Black Metal scene!

reissue on CD of their 2016 album-cassette