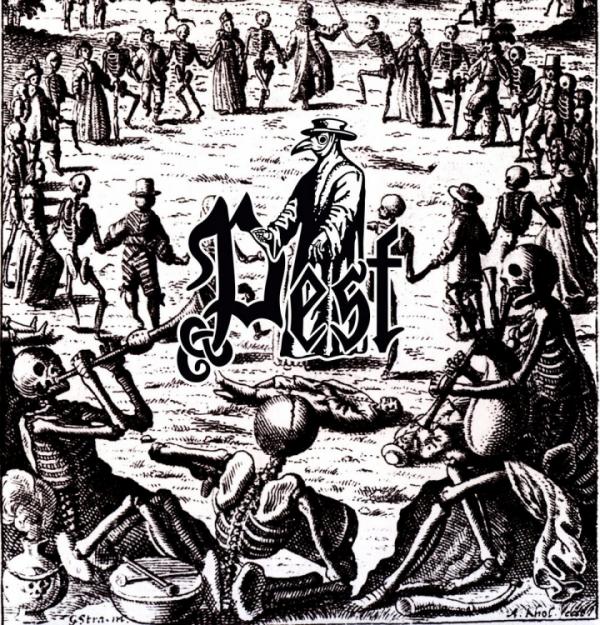 Reissue of the 2007 12-inch MLP. "Follow-up to the classic Vado mori album and my favorite material from the band. Originally released by NWN and Bird Of Ill Omen. Available again by NWN and Heidens Hart with 23 minutes of bonus material on side B, making this basically a full length at 47 minutes. Great Pest sound at its peak. Released on 21 June 2022: today marks 25 year to the day that the first Pest rehearsal took place and the first songs were written. Now in 2022, the band has been officially on hold after drummer Mrok died. But behind the scenes, the three original members Scum, Atax and Mr. Blasphemy have worked on new material—for which recordings are almost finished." Pressed on white/black marble vinyl.

Double CD featuring a massive 30 tracks of raw German Plack metal inspired by the medieval pestilence. Comprehensive compilation of past material, EPs, demos as well as unrelease demo tracks never heard before.
Including a 12-page booklet.