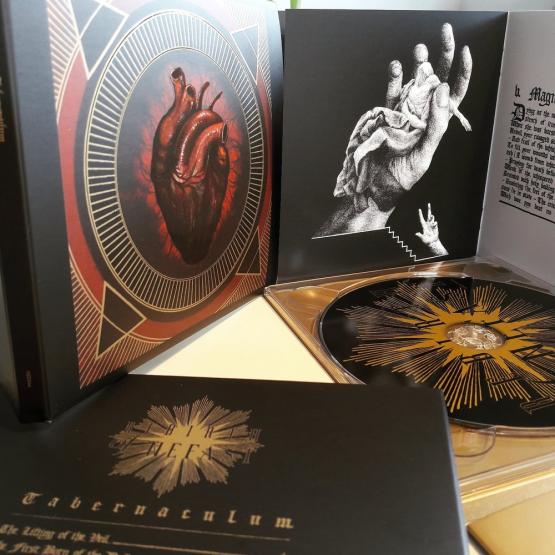 Tabernaculum’, the debut full length of Rebirth of Nefast, is a work of profound vision. Painstakingly brought to life over a period of almost a decade, it is the culmination of an endless and vigorous search for perfection. Recorded and produced at Studio Emmisary by sole member Wann, ‘Tabernaculum’ is Black Metal in its purest and darkest form, but with grandiose production details and layered compositions rarely, if ever, seen in the genre, resulting in a work of immense scope and ambition.

Rebirth of Nefast has been heralded as an important band in Irish and Icelandic Black Metal since the release of the ’Only Death’ demotape on Debemur Morti in 2006 and the ‘Ex Nihilo’ split album with Slidhr on End All Life in 2008, and has since been operating in the shadows as Wann has worked as producer on albums with Svartidauði, Sinmara, Slidhr and Almyrkvi among others, as well as performing in Sinmara and Slidhr.

REBIRTH OF NEFAST
Only Death

Originally released by Debemur Morti Productions 2006 on tape format only, now on digipak cd too