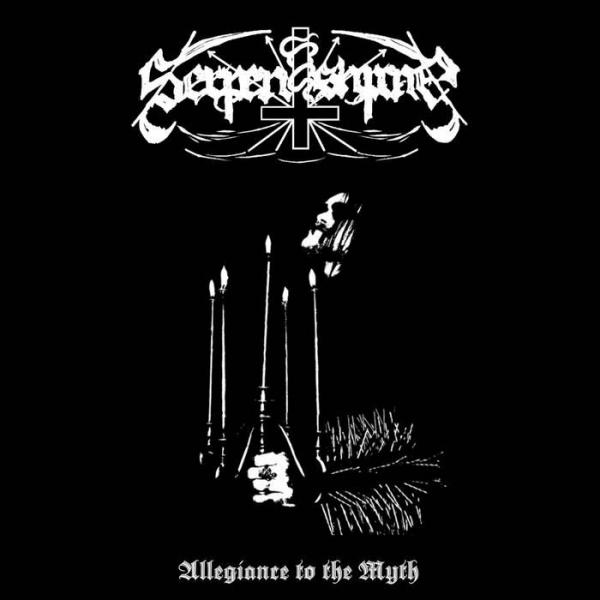 SERPENTSHRINE
Allegiance To The Myth

Formed in 2015 and hailing from the United States, SERPENTSHRINE are a black metal power-trio literally out of time. Theirs is a sound that proudly and authentically heralds the ancient ways of the 1990s. Raw and rabid but not without a certain nightsky majesty to their blitzed attack, SERPENTSHRINE are poised to elevate themselves out of self-imposed obscurity with the release of their second full-length, Allegiance to the Myth.

Indeed accurately titled, Allegiance to the Myth recalls trace elements of a grand host of noble influences: from prime Throne of Ahaz and Thy Primordial to equally debut-era Ancient and Enthroned, from Malicious-era Gorgoroth and earliest Immortal to old Primigenium and Isvind, SERPENTSHRINE transport the listener to forgotten realms and glorious times. However, such foundational stones would be for naught if it weren't for the trio's skillful songwriting and impassioned execution - the former spanning speed and swirl with deftness and nuance, the latter emitting an otherworldly aspect whilst retaining tangible physicality - altogether making Allegiance to the Myth a record that could be respectably placed within such an archaic timeline.