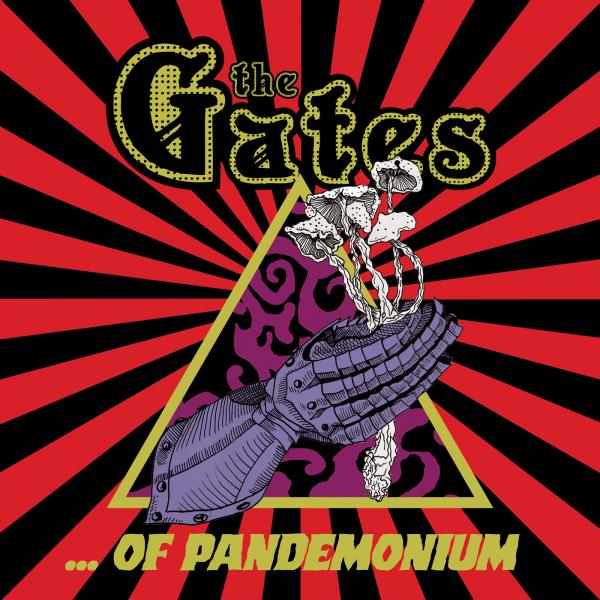 THE GATES
...of Pandemonium

The Gates play „Magik Metal“, combining their own brilliant interpretation of old school Occult Rock and Psychedelic Metal with additional Black Metal vocals. Visually, they use classic psych imagery such as colourful artwork and magic mushrooms in combination with occult symbols and occasional nods to the Nazisploitation movies of the 70s (which are to be understood as a tribute to old school B-movies and cult flicks and nothing else), while their lyrics also focus on classic forms of occultism and psychedelic experiences.

Seemingly out of nowhere they delivered with "...of Pandemonium" an absolute killer album full of occult hymns that is sure to find many many fans and has the potential to become a real classic.

Outside the relatively new but steadily growing Magick Metal sub-genre the music of The Gates should appeal the most to fans of the old school Occult Rock of Coven, The Devil’s Blood or Year of the Goat as well as occult Heavy Metal such as Mercyful Fate or Ghost and has to be classified as highly addictive!