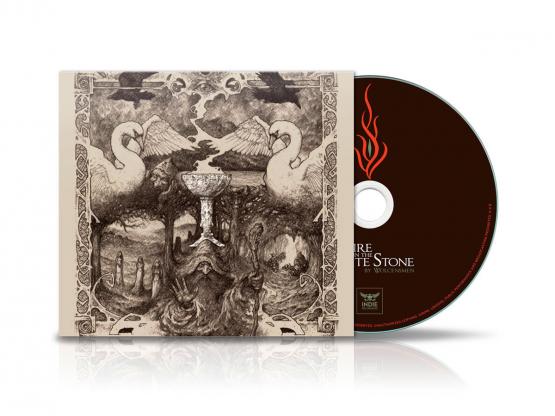 WOLCENSMEN
Fire in the White Stone

Wolcensmen’s purpose is to draw upon those folkloric moods and aesthetics and to explore the mystical Heathen culture of North-Western Europe. In October 2017 the first live performance of Wolcensmen songs took place in England’s Lake District. Following this, work began on the writing and planning of a sophomore album and further live shows.In 2018, Wolcensmen signed with the Norwegian label Indie Recordings, who reissued ‘Songs from the Fyrgen’ in November of that year, with several new songs and a cover of Bathory’s ‘Man of Iron’ included as a bonus EP under the title of ‘Songs from the Mere’. In 2018/2019, Wolcensmen toured the UK and lowlands of Europe supporting Winterfylleth, and then entered the studio to record the follow up to ‘Songs from the Fyrgen’, ‘Fire in the White Stone’ – a concept album.